If there’s one thing I learned after years of working in an office it’s that people dread time tracking. There isn’t a single time tracking company that succeeded in making people track their work without them feeling miserable about it. It looks like Timeular has the right approach for shaking things up with their ZEIº time tracking device. Never mind the name, read on..

ZEI° resembles an 8-sided dice where each side represents a different assignable task or project. It comes supplied with 2 sets of labels and a pen (+ eraser) so you can freely define what those tasks / projects look like at any given time. So yes, you can even have the smiling pile of poo emoji on one side to account for doing a number 2 during office times. 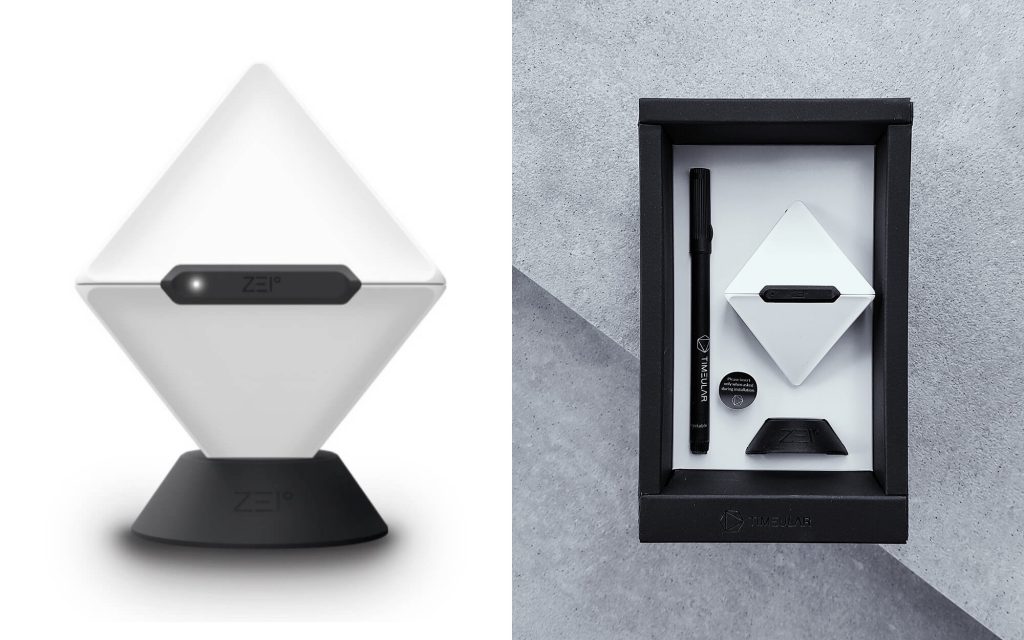 The ZEI° connects with your computer or phone to actively track time on whichever side is facing upwards. Changing tasks? It’s as easy as flipping the device to its respective side, the software automatically changes its time tracking to the new task.

Making it a habit to use the ZEI° device you’ll have a beautifully accurate time sheet at the end of the week without breaking a sweat.

The lightweight ZEI° software (available on all major platforms) allows you to further manage your tracked time, edit (erroneous) entries and create basic reports of your tracked time. If you need to, you can also track time without using the hardware device.

The greatest thing is that the software offers integrations with major software such as your Calendar apps and JIRA. This offers a powerful combination of having an approachable and user-friendly time tracking method with a tool that can turn the tracked time into the extensive reports a business requires.

Note that for the integrations you need to use the PRO version of the ZEI° software. The PRO version is free the first four months and sets you back €3 per month after that.

In a business where time is literally money, you can’t risk losing even a small percentage of profit over people not accurately tracking their work. Have this device be the extra foot in the door to make that happen.

Mikme - the Wireless Microphone for your iPhone

Mojipic – a Voice Controlled LCD Display for Your Car

$9.99
We will be happy to hear your thoughts