These Spicy Snacks Will Knock Out any Hot Pepper Pro

Some people really love their spicy food. If any of your friends think food can’t get spicy enough we have made a selection of the world’s spiciest snacks that will make them reconsider. These are the gifts to get for anyone that claims they can withstand the hottest peppers in the world.

You have to know that there’s an official scale of spiciness called the Scoville scale. To understand the hotness of the products below consider that a traditional Jalapeño pepper has a Scoville scale of up to 8,000. 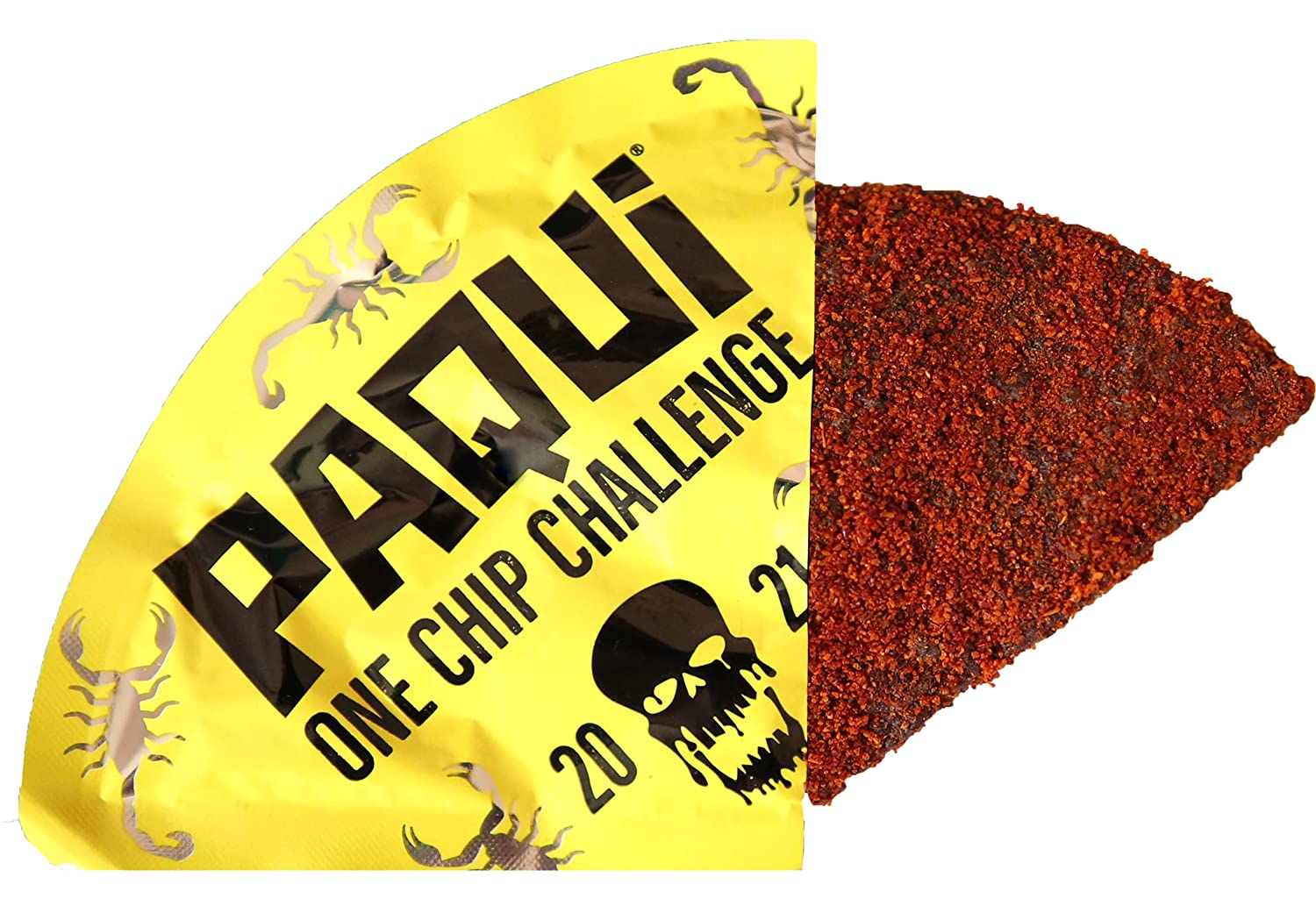 You know those Doritos Roulette bags that have really spicy chips among regular nacho cheese Doritos? Now imagine one of those hot Doritos tortilla chips and multiplying its hotness with a factor of twenty.

Meet Paqui’s #Onechipchallenge, world’s hottest tortilla chip based on the Carolina Reaper and Scorpion Pepper. A chip so hot that it’s packaged as a single serving (in a coffin-shaped box) because you generally can not handle more than one.

These chips are sold every once in a while on Paqui’s website. Be sure to record and tag your eating of the chip with #onechipchallenge so people can admire your craziness

Update: the 2021 edition is now available worldwide. Buy one via the link below.

The Toe of Satan 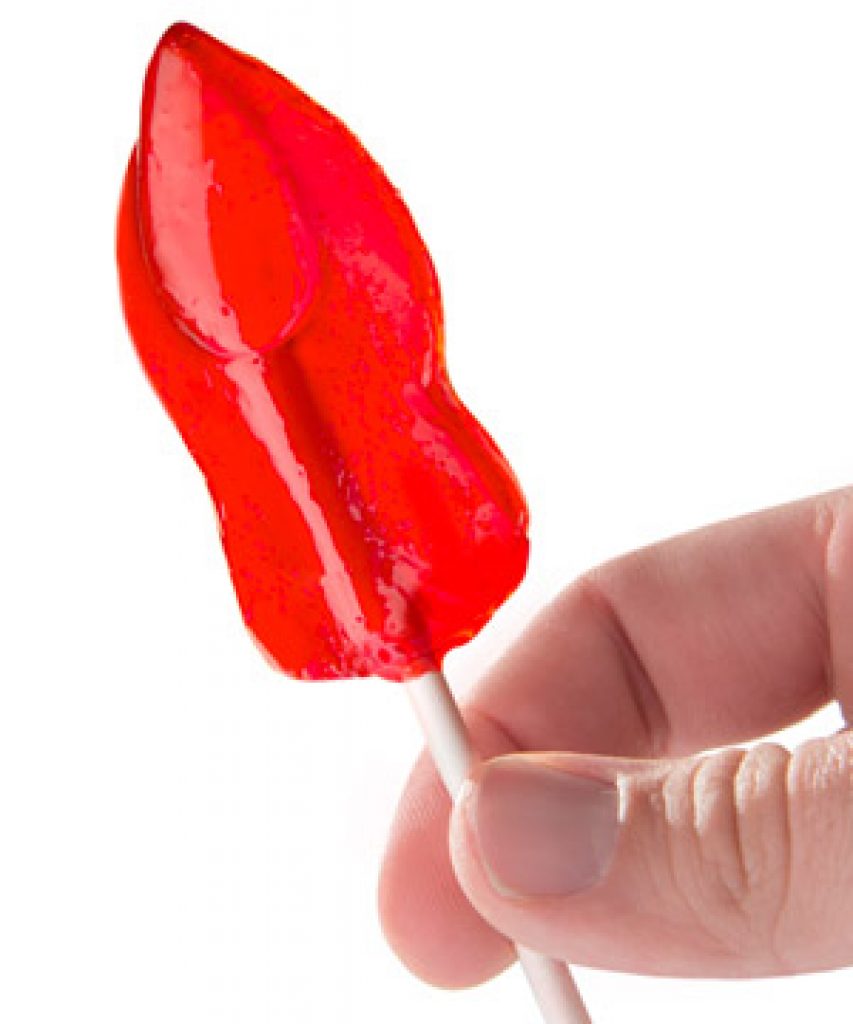 The Toe of Satan is world’s hottest lollipop. There’s a challenge tied to this spicy snack. Try and have this sucker stay in your mouth for five consecutive minutes.

The lollipop has an extract of 9 million Scoville and a cinnamon taste which you’ll forget about soon enough.

Now here’s a nice and inviting way to package up some deadly hot peppers. These gumballs will definitely ruin any sweet childhood memory you had enjoying the family-friendly sweets.

Sonoran Spice Company has gumball versions ranging from Jalapeño to Carolina Reaper with the most popular one being their Ghost Pepper gumballs. Which one would you pick? 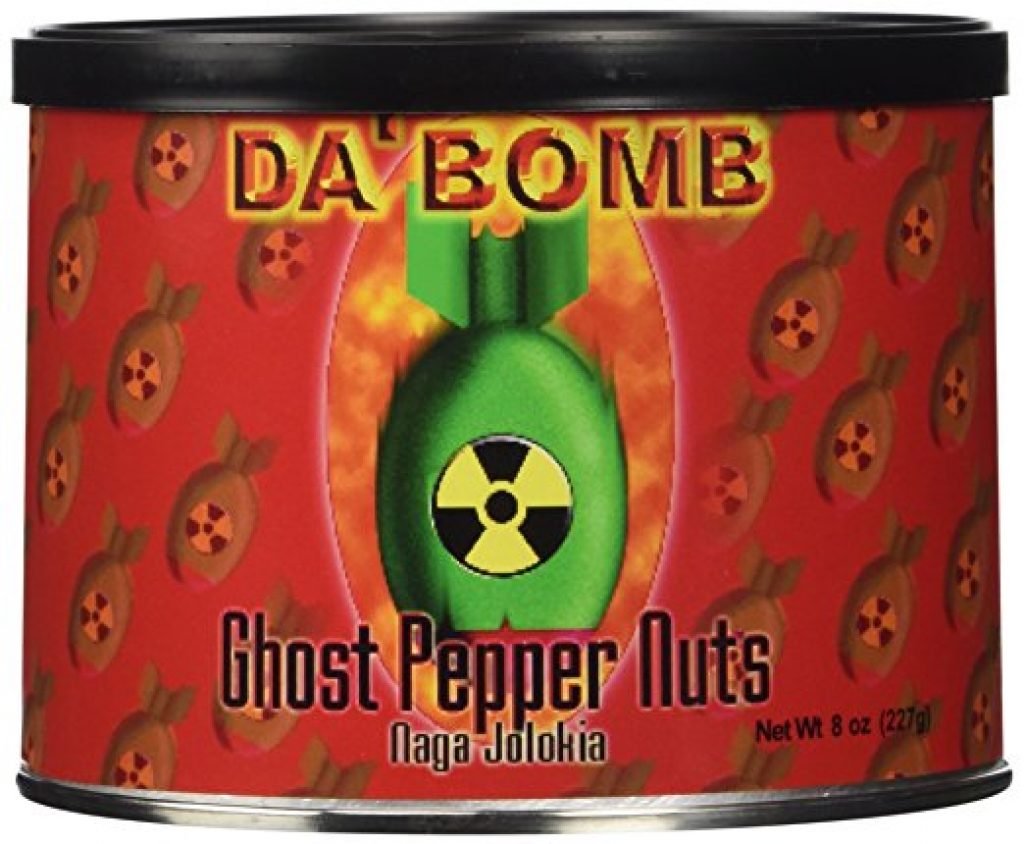 Another Ghost Pepper treat are the Ghost Pepper Nuts by Da Bomb. While not packing as much heat in a single unit as the gumballs the heat will increase with every nut you eat.

They supposedly go down well with some beer (a lot of it) and can be a good replacement if you want some extra kick in your nuts. I’ll show myself out now. 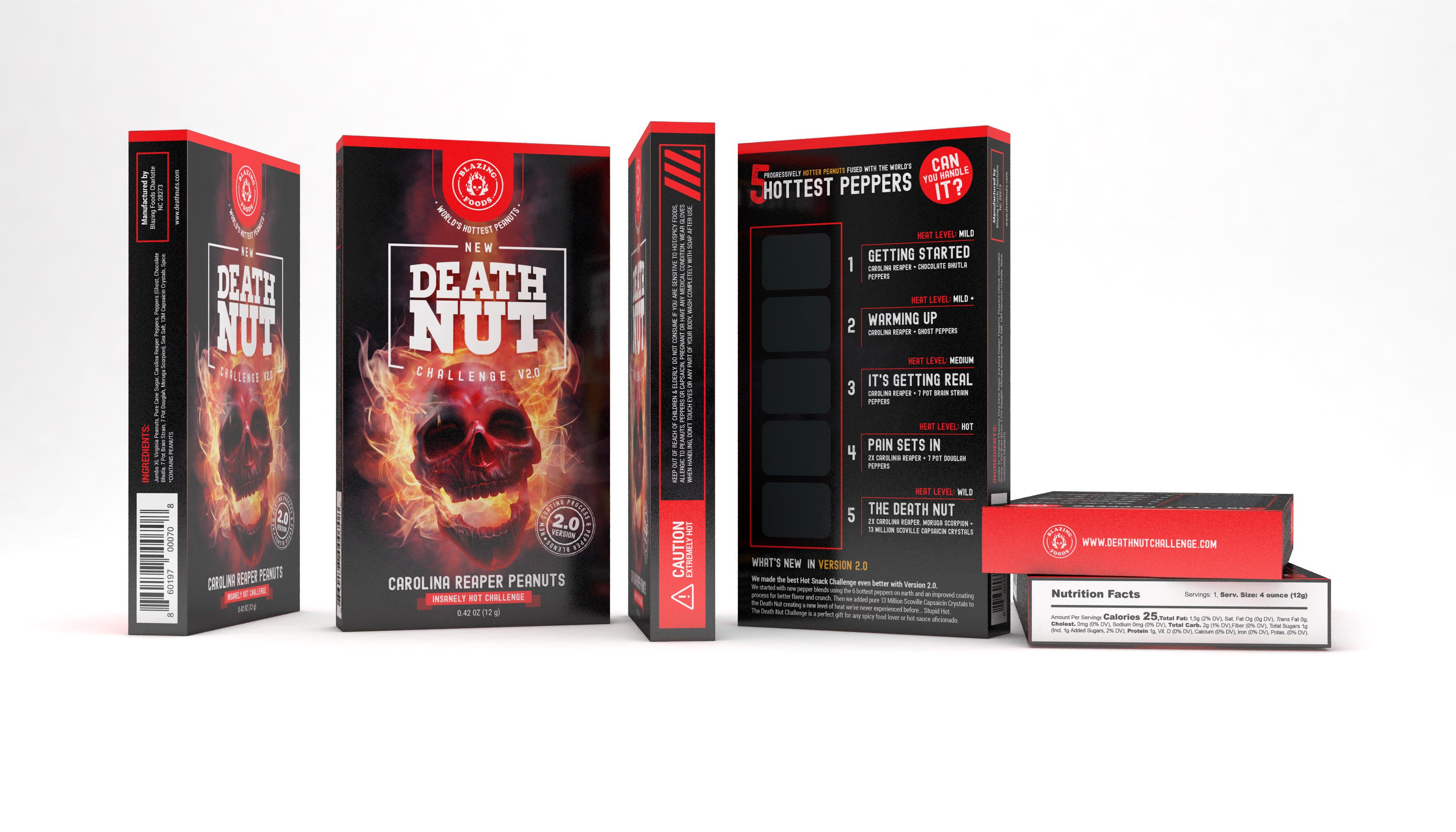 If you want a true kick in your nuts the Death Nut challenge is the most recent addition in extremely hot snacks. You’ll get five grades of heat inside a single package. The Death Nut Challenge contains world’s hottest peppers and Scoville level, so we bet you won’t even make it to the last handful of nuts inside this package. Only for true professionals!

If chocolate is more your thing, Fuego Spice is doing a yearly choco challenge, which combines the sweet taste of chocolate with the spicy kick of the hottest pepper at the time. This last version contains the unreleased razor pepper, which is reportedly hotter than a Carolina Reaper. It’s definitely hotter than the pepper blend from the 2.0 version!

While not the hottest ramen in the world, these chicken ramen noodles do require that you have something to cool you down nearby, when you eat them. They contain ghost pepper, clocking in at 1 million Scovilles.

The noodle is an all-natural black and provides that chewy comfort that ramen is known for. As far as you can taste, these noodles have a traditional Korean chicken flavor.

They’re produced in a Halal factory in Malaysia and are sold in packs of 6 at Amazon.

This concludes our round-up of the spiciest snacks in the world. Are you missing anything on this list? Be sure to let us know in the comments.

Choco Challenge 3.0, The Crunch of Doom